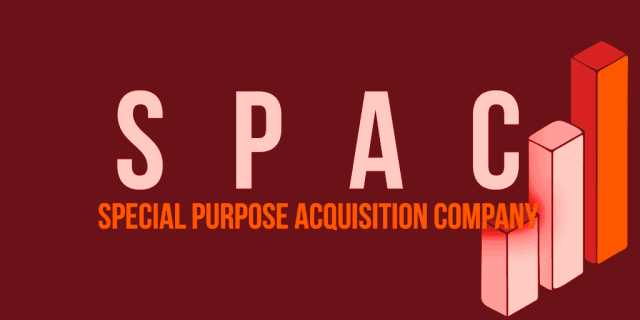 Special Purpose Acquisition Company (SPACs) is a new sensation in the international capital market and has been gaining popularity for the past few years. It is a new buzzword on Wall Street. What is aSPAC? They are shell companiesor “blank cheque” entities which are formed strictly for one purpose that is to raise capital through Initial Public Offerings (IPOs) to acquire or merge with an existing company. Recently, a British-based online delivery company named “Deliveroo” went public and the IPO was considered to be the largest one since the E-commerce firm “The Hut Group” raised nearly £1.88 billion when it was listed in September 2020. However, the ground reality was harsh and Deliveroo closed down to 26% on the first day of trading. On the other hand, a U.K.-based Electric vehicle firm, “Arrival” went public by merging itself with a SPAC in New York and today the company is valued at more than $10 billion. This categorically shows that the traditional IPOs are under attack and SPACs are emerging as a new IPO for the capital market.

Nowadays, this is an easy route for the private companies to get transferred into a public company which was a difficult task earlier since the private companies had to go for Initial Public Offering, and if enough capital was not raised then the company with the shareholders were in trouble. This model is being followed in the U.S. and U.K. but can it be an IPO 2.0 for the Indian market?

SPACs and the legal framework

The boom of SPAC has been shaking the international market for months. A bunch of investors come together and buy shares of a shell company which then goes on for a corporate shopping spree and acquires an entity. This acquired entity automatically becomes public without going under IPO. A SPAC must complete the acquisition within a period of 18 to 24 months and should necessarily use 80% of its assets for the acquisition of the new entity. If it is unable to identify and acquire an appropriate acquisition target in this time frame then it must dissolve and the investors must be returned their share of assets. In the year 2020, nearly 240 SPACs were listed in the U.S. raising a record of $83 billion. But, can this trend stay or will it follow the dinosaurs towards extinction?

Can it be an IPO 2.0 for the Indian markets?

The present rules are somehow detrimental for the development of SPACS in India and the government is making an effort to introduce this new chapter in the regulatory framework. Although, there is no proper definition of a shell company under the Companies Act, 2013 (“Act”) but as per Section 248 of the Act, the Registrar can eliminate a company’s name within 12 months of incorporation if the company has not commenced the business operations. So, the time period of 18-24 months given to SPACs for identifying and acquiring an entity is cut down to 12 months and this can be a pressing issue for the shell companies.

Secondly, the SEBI regulations mandate the eligibility criteria for the public listing of the companies which does not go well with the SPACs regime.Since the SPACs are shell companies, they cannot have net tangible assets of at least 3 crores and therefore fails to satisfy the set criteria given by SEBI. The SPACs companies have to complete the De-SPAC (acquisition of an entity) process to fulfill the criteria.

Thirdly, for the SPACs to work it has to get listed on one of the national stock exchanges in India which again is a big hurdle. Companies to be listed are either classified as large-cap and small-cap companies. As the Bombay Stock Exchange (“BSE”)and National Stock Exchange (‘NSE”) listing norms impose a condition for a minimum profit that has to be made in the preceding 2-3 financial years, SPACs cannot be listed on either of them.

Therefore, SPACs cannot be an IPO 2.0 for the Indian market because the present laws are detrimental for this global phenomenon thereby making it confined to the U.S. and U.K. jurisdiction. Although, SEBI is examining the feasibility of this market phenomenon and hasformed an expert committee in March 2021. The regulatory and tax challenges create a hurdle for the robust growth of SPAC vehicles and India canraise inspiration from larger economies like the United States which has already raised millions of dollars through this process.

previous
Fair Use Doctrine
next
The Monthly Digest- Dec 2021